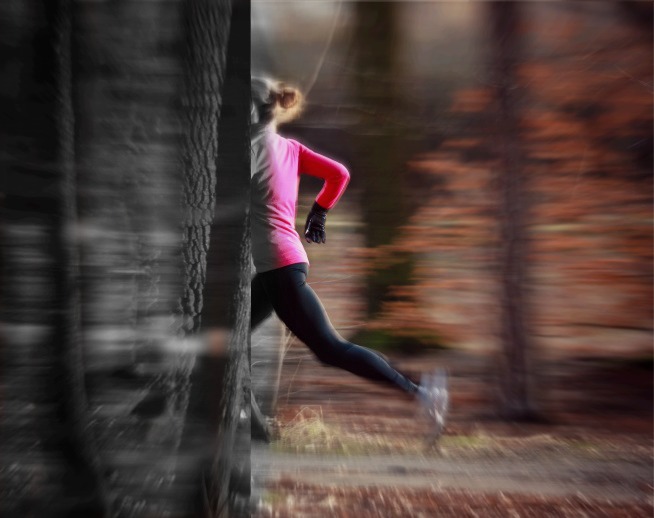 He watches as she parks her car and begins her run, each day the same routine: one minute walking, one minute at a pathetic, shuffling semblance of jogging until she reaches the same wooded halfway point.

She is pretty, but curvy, which is what men say when they mean “you’re fat but I’ll fuck you anyway” and he gets a visceral thrill from knowing that today he will fuck her, and afterward he will see inside her, and so will she – for as long as she is alive in that clearing, where you can hear the traffic on the highway but it cannot hear you.

He has spoken to her every day, a smile and a greeting – what is it that makes a woman so easy to disarm with a smile, and instill the belief that seeing someone every day in the same venue somehow makes them not a threat?

He jogs quietly along an adjacent route in the woods to precede her arrival; he shivers as he passes the one that is still under the thick green moss in the pond – the one who could not scream as he held her steaming insides before her fading eyes – soon there will be nothing to find, as long as the creatures feed.

He is already hard, painfully so, when she stops there to breathe, hands on her knees; as he grips the blade and moves toward her with purpose, her head swivels towards him with the smile of someone who has always been aware, and when he sees what moves beneath her skin he understands that he has never, at any point, been anything but prey.

It feels very much like falling, as he is unable to slow his momentum; even as his desire shrivels and his heart recoils, his mind continues to calmly assess – his last thought is a question: “How is it that I never noticed all those teeth?”

(Repub from the Six Sentence Story Project, June 2015. I am fond of it because it’s darkish and creepy.) 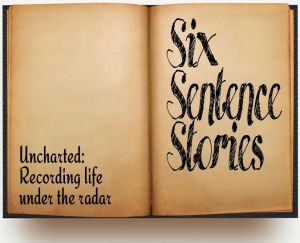 Ok, so my husband read this and said “so she’s a vampire?” and I very calmly and maturely said “NOOOOOOOOOOOOO! SHUT UP!!!!!” I was thinking something less specific and more unsettling. But see whatever you want, the point is to be scared of it.

20 thoughts on “Inside Her”